Dan's column discusses the exemplary service that he has received from the auto repair shop.

"Every time I've brought my cars to the Hainesville Firestone, Ive found Joe and Greg to be straight shooters," writes Dan. "They've told me exactly what needs to be repaired, nothing more, nothing less."

Dan's sentiments mirror those of Helen Porcello, a customer of Hainesville Firestone.

Porcello contacted the Journal last year to commend the Kane brothers on their outstanding service. Subsequently, reporter Stephanie N. Lehman wrote a story about the business and its owners.

When it comes to helping customers, "it just makes us feel good," Greg Kane said during his interview last year with Stephanie.

That sure makes sense to me. To read all of what Dan Darling has to say about the Kane bothers, turn to page 16 of this weeks Journal.

HAINESVILLE – For Helen Porcello, knowing who to trust means everything.

The 66-year-old recently moved to the Grayslake Senior Center on Library Lane in Grayslake. One night after she got off of work at Carson Pirie Scott in Vernon Hills, her car wouldn’t start. It was well after dark.

"I'm all the way out here, what do I do?" Porcello remembers thinking. "I don't know anybody in the area, the mechanic I used to know was all the way in Arlington Heights – that's 20 miles to be towed."

An acquaintance told Porcello there was a local Great American Tire repair store in Hainesville that might be able to help. So, Porcello gave the shop a call. Little did she know that the owners had changed, and brothers Joe and Greg Kane had taken over the shop just last April.

"Joe was kind of skeptical with me on the phone at first," Porcello said. "I said, 'All I know is this lady gave me your number because you're supposed to be reputable. And [Joe] said that guy no longer owns this place."

Still, Joe Kane told Porcello to have her car towed to his shop so he and his brother could take a look at it. They found the ignition sensor had gone bad and needed to be replaced.

But Porcello was on a fixed income and couldn't pay for the entire repair upfront. She told the Kanes the man who had owned the shop before them had given seniors a discount.

The brothers agreed to honor that discount – and they took it one step further.

"[Joe said], 'You know what? I'm going to get you fixed up, and then we'll work out how you're going to pay me, what you're comfortable with,'" Porcello said. "So, he actually let me pay [in installments] three consecutive times."

Joe Kane said he trusted Porcello to make the good faith payments. It's an advantage he and his brother have by owning an independent store that is only affiliated with a dealer – they can make their own decisions regarding their customers.

"It's just something we do," Joe Kane said. "The frustrating thing with working with other people is when you have to do things their way. They oversell things, they take advantage of a customer's trust." 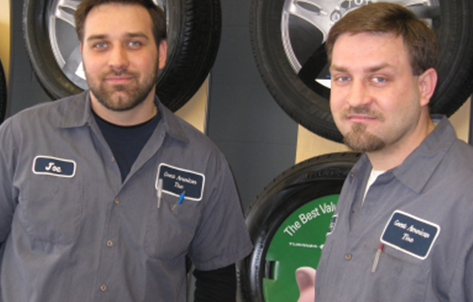 Our community is filled with many wonderful organizations doing great things for our town and the people within our town. It gives us great pleasure to be able to help support many of these groups.

Some of the programs we support are Lions club, The Oasis, Shop with a cop, Various Youth baseball programs, Boy Scouts of America, Senior Centers, Spotlight production, Grayslake High school sports programs. These groups have helped some of our neighbors that have struggled though tough times. They help our youths shape into well rounded individuals.

We encourage everyone to get involved within their community in any way they can. Join a club or support some of their events. Every little bit can help. 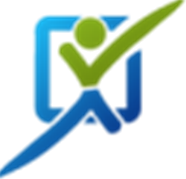 Another nod to Firestone bros

As a society, we complain a lot about the lack of character in the people who serve us at all levels, from service people to politicians to preachers to business leaders. Bad news often leads the headlines. How often do acts of integrity make the news? Rarely.

Well, today I want to write about a local business that I’ve found to be exemplary in service, run with integrity by two brothers, Joe and Greg. It’s the Hainseville Firestone on Route 120.

Because I’m highly inept when it comes to repairing automobiles – filling up with gas stretches my abilities – I have come to depend on the skill and goodness of the auto repair industry. This can be a risky thing because there are many who seek to “upsell” services that might be wonderful, but not necessary. As a father of three with a child on the way, I lean toward necessary when it comes to car expenses.

Every time I’ve brought my cars to the Hainseville Firestone, I’ve found Joe and Greg to be straight shooters. They’ve told me exactly what needs to be repaired, nothing more, nothing less. Once they saved me about $800.

Their work ethic and integrity remind me much of my own father, a plumber who is known for exemplary work, honesty and getting the job done right the first time. As a teenager who worked alongside him, I was often annoyed by his insistence on staying an extra hour to make sure the plumbing was installed just right.

Quality customer service is a premium these days. More important are profits and bonuses and commissions. Rare is the person who will do what’s right because it’s the right thing to do. And in fairness, we consumers have often failed to reward those who produce a job well done. Perhaps it’s time we take those comment cards and fill them out, not just when we’ve been abused but when we’ve been recipients of something good.

The bottom line is that our society will only produce what we reward, so here’s a call to patronize good, honest-run businesses in our community, like the Hainesville Firestone. And maybe it will put a stop to some of our complaining about a lack of character.

Porcello wasn't through with her experience with the Kanes though.

She went back to the brothers to have her tires rotated and her oil changed, and was happy with the service she received.

Then, just a few weeks ago, she found she needed new windshield wipers, so she drove to see Joe at the shop once again.

The brothers said they simply try to do an honest job for a reasonable price – and when they can help their customers, they do.

"I think we give away quite a bit," Greg Kane said. "I think a lot of people appreciate that."

"Especially with these economic times," Joe Kane agreed. "The inexpensive items we can do for you, it helps them want to come back when they need bigger repairs."

For Porcello, she's found mechanics that she will stick with.

"As a woman, I think we're always afraid of mechanics and they'll take advantage of you," Porcello said. "Everyone tells you a horror story, and I got [Joe] through a fluke, only because he bought out the other guy."

"I said, 'You're my mechanic forever,'" Porcello said.

Best place (my opinion) to get service done for your car.. - Jesus M. Round Lake IL

I trust them. Price is decent. Friendly people. - Kim K Round Lake IL

You can trust Joe & Greg Kane to take care of you. They are the real deal. When it comes to auto repair, I won't take my vehicles anywhere else. - Mario F.

These guys are great. My Jeep Grand Cherokee was beyond repair. They not only revived it but gave it new life. In an age where there isn't much trust with auto repair shops, Joe & Greg really deliver a ton of value and make repairing my SUV's as painless as possible. - Markus K

I will never ever go to another mechanic EVER. You guys are awesome! Thanks for taking great care of my car and keeping me safe on my ridiculous daily commute. Thank you!!! - Arlene R.

As a woman, I think we're always afraid of mechanics, and they'll take advantage of you... and I got Joe through fluke... You're my mechanic forever. - Helen P.

Since I came into your place several years ago I always feel that I’m in the best hands. I hope everyone reads the article you have in your shop when I called the newspaper. I tell everyone about your shop and what a terrific job you guys do. Once again thanks for recently repairing my brakes. My car feels so much better after leaving your shop and I feel I’m getting quality service from a nice family owned business. - Helen P.